There’s a misconception that Santa Claus was invented by Coca-Cola. The fact is, Santa has always had the same look, but Coca-Cola decided to depict Santa by hiring the painter Fred Mizen in 1930 to create an ad. The painting showed children looking at a department store Santa drinking a Coke. Many thought he wasn’t as jolly as he was supposed to be, so ad executives hired Haddon Sundblom to recreate the Santa that we know and love today. 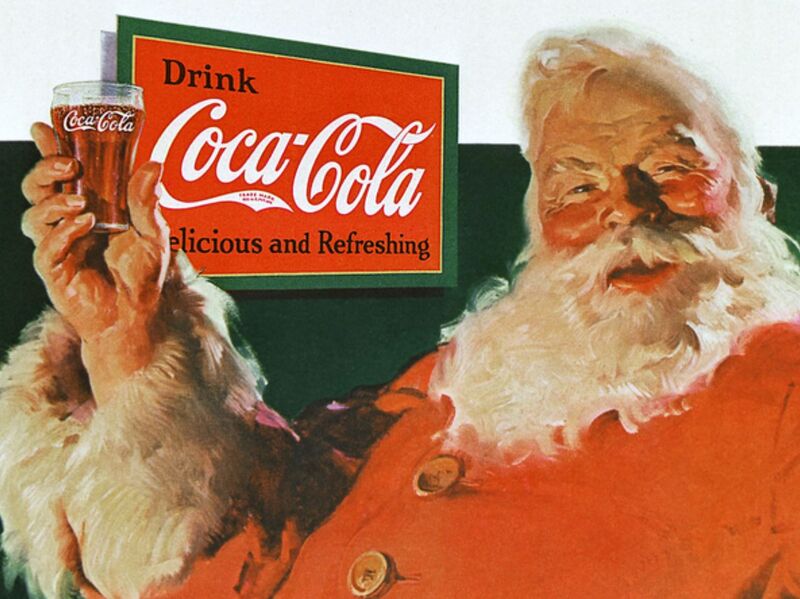