Chaplin Grew Up in an Orphanage For a Time

Chaplin’s family’s finances deteriorated along with the health of his mother. In 1896, it had gotten so bad that Chaplin and his older half-brother needed to go to a public boarding school. The school was for “orphans and destitute children.” It was here that Chaplin would get the most amount of continuous schooling in his life (18 months). He had a bout of ringworm, suffered severe caning and the shaving of his head, and would eventually learn to read and write at the school. His mother would later be committed to a mental institution and his father was nowhere around, dying of alcoholism at 37 years of age.

Chaplin ended up moving into the Essanay Studios in December of 1914 after making $1,250 a week, plus getting a $10K bonus. He was touted as “the greatest comedian in the world” and would later go on to sign with the Mutual Film Corporation for a smooth $670K per year salary. This involved a contract to produce eight comedies for First National at over $1M. In 1919, Chaplin founded his own studio with Douglas Fairbanks, D.W. Griffith, and Mary Pickford. Chaplin said, “I went into the business for money, and the art grew out of it. If people are disillusioned by that remark, I can’t help it. It’s the truth.”

The United States Essentially Exiled Him

Chaplin lived in the states for nearly 40 years, but he never became an American citizen. “Modern Times,” a satire of the machine age, landed Chapin on the radar of the FBI during the McCarthy era. Chaplin gained a reputation of being a communist sympathizer and was under surveillance. A Mississippi congressman even called for his deportation. In 1952, his re-entry permit to the US was revoked, and instead of answering to immigration officials he uprooted his family and moved to Switzerland. In 1972, he would visit the US again to accept an honorary Academy Award. 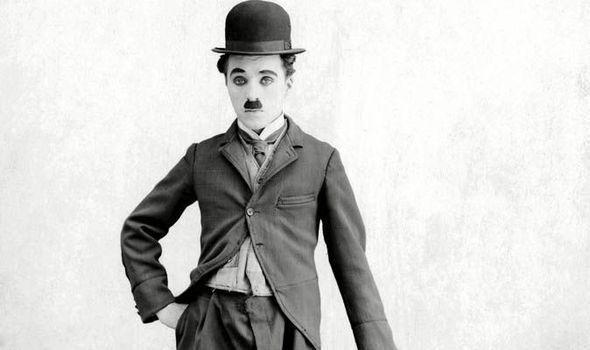