Originally Spice Girls member Geri Halliwell was supposed to wear a simple black dress at the 1997 BRIT Awards, but the singer decided to ask her sister Karen Halliwell to customize the dress. The Big sis sewed a Union Jack tea towel onto the front and voila, history was made. The dress would become one of the most memorable pieces of pop clothing. 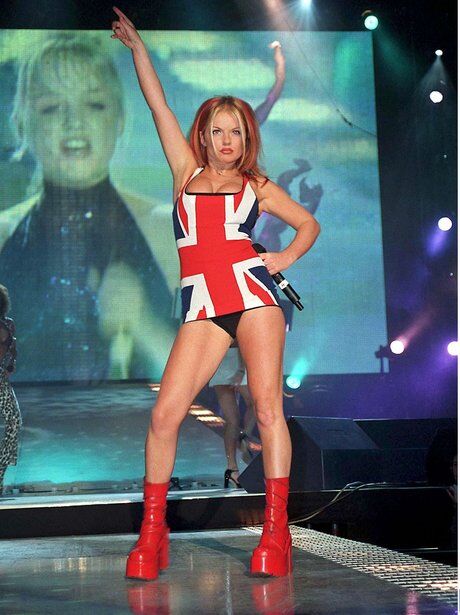