For most bands, the origin of their name is pretty straightforward, but for The Beatles, the story goes a little different. Despite being a legendary group with name recognition around the world, many people still don’t know where “The Beatles” got their name. Let’s see how The Beatles became The Beatles.


The Beatles Were First Called The Quarrymen

The Quarrymen was a band that John Lennon and a few classmates from Quarry Bank High School started in the 1950s. In 1957 Paul McCartney joined the group, followed by George Harrison a year later. Lennon studied at the Liverpool College of Art in 1960 and most of his former classmates had dropped out, so it felt a new band name was needed.

Many Theories To The Origin Of The Name ‘The Beatles’

Lennon’s first wife, Cynthia claimed that during a drunken brainstorming session, a bug-related name much like Buddy Holly’s band The Crickets was thought up by then-member Stuart Sutcliffe.

Another theory is that Derek Taylor, The Beatles’ publicist claimed that “The Beatles” originated from the movie The Wild One (1953) where Marlon Brando’s character called his leather-jacket-wearing gang a “young beetles.” Although a decent theory, the film was banned in the UK until 1967 so it’s pretty unlikely that any band member saw it in 1960.

Members of The Beatles Gave Different Answers During Interviews

Even members of the band are secretive of where the name came from. Lennon simply stated, “I just thought of it” in an interview with Dusty Springfield. But, in 1961 when a biography of The Beatles came out, Lennon stated that the name came from a dream. Lennon goes on to say that it came in a vision and a man appeared on a flaming pie and said unto them – from this day on you are Beatles with an “A”.

Why Spelled As ‘Beatles’ And Not ‘Beetles’?

Many fans know that the flaming pie story isn’t true, and there is still one question that lingers. Why “Beatles” instead of “Beetles”? In 1964, Lennon said that it was a reference to music and that when you said it people would think of crawly things, but when read, it means the beat of the music.

Royston Ellis, a poet, claimed many years later than he was the one who came up with the idea of switching out the “e” with an “a”. Lennon was thinking of simply spelling the band name as Beetles until Ellis told him to add in the beat reference. It’s been confirmed that Ellis was hanging out with Lennon and Stuart Sutcliffe when they thought of the name change and Ellis even made them a chicken pie for dinner, the pie caught fire in the oven, and thus where Lennon’s flaming pie story comes into play. Even after several decades, it’s still difficult to pinpoint exactly which story is correct, and even though many people don’t agree on the real story, they can all agree the fact that The Beatles are one of the greatest bands to ever grace the planet. 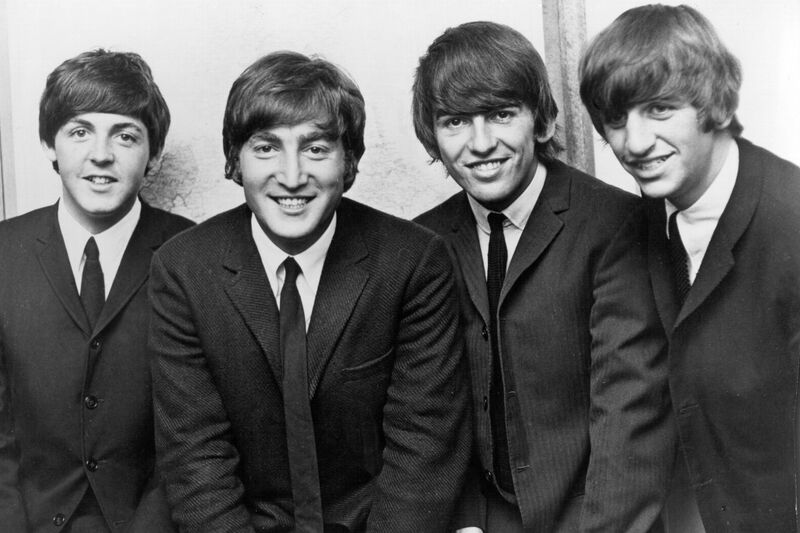