Meg Ryan was America’s Sweetheart and about as ‘90s as a VHS recording of Supermarket Sweep. Ryan was completely adorbs, was affable, and relatable to most people in a way that couldn’t be copied or taught. She was one of a kind and the Queen of rom-com. Meg Ryan has featured in Prelude to a Kiss (1992), Sleepless in Seattle (1993), Addicted to Love (1997), and You’ve Got Mail (1998) and is untouchable when it comes to the rom-com genre. An air of timeless screwball methodology was inherent in her acting, and she won the hearts of audiences worldwide by adopting her own modern take on the Irene Dunne formula. She continued to star in films such as The Doors (1991), Courage Under Fire (1996), and City of Angels (1998).

In 2000, the film Proof of Life altered everything and her affair with co-star Russel Crowe tainted her image due to the fact that she was already married to actor Dennis Quaid. Unfair or not, this basically put her career on halt, and she would later only land a few gigs such as In the Land of Women (2007) and The Women (2008). 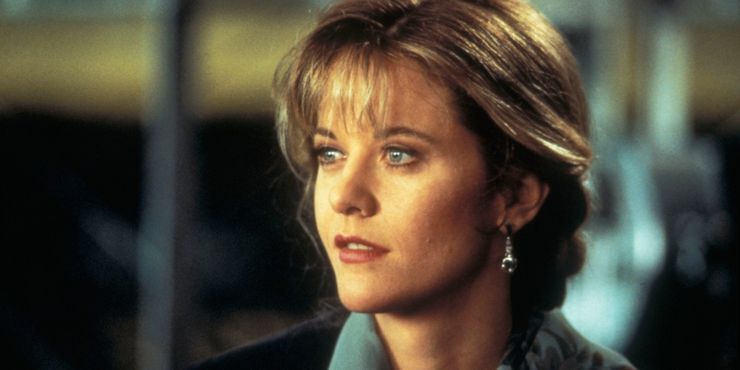