The Overlook Hotel from The Shining

The Overlook Hotel was based on two real hotels in the US. Stanley Kubrick’s The Shining used The Alwahnee Hotel in California’s Yosemite National Park which took the interior design inspiration to be added into the film, while the exterior had Timberline Lodge on Mount Hood in Oregon used for the establishment and exterior shots. 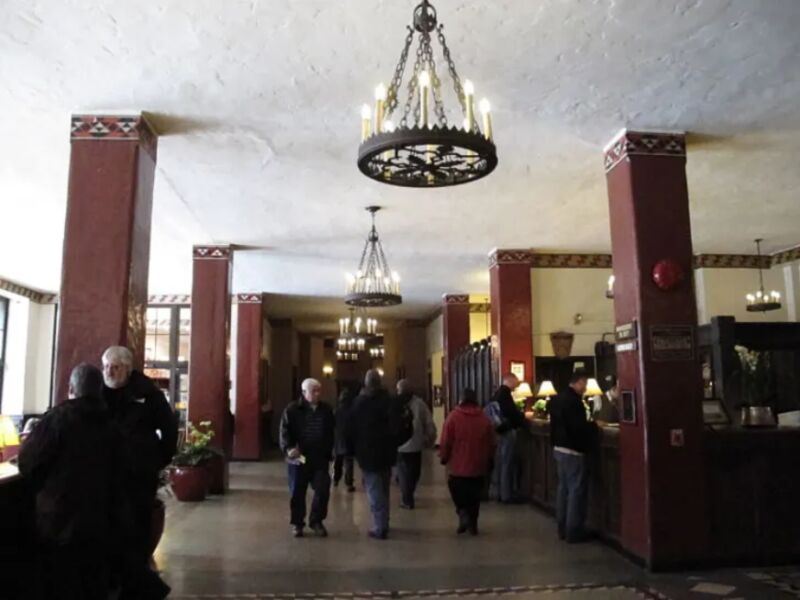