Passions are for sure ignited when the discussion of who the “greatest” guitarists of all time are. We all have our favorites depending on style, era, and who that particular player was. The proof is inherently within any one of us who picks up an instrument and takes some techniques or style from a legend before us. Guitarists have had an impact on a significant number of players. One of the most influential being Jimi Hendrix.


Jimmy James played in rhythm sections and backed artists like BB King, Tina Turner, and Little Richard, but it wasn’t till 1966 when he formed the Experience when he moved to London. Hendrix cut loose and got the attention he deserved for his magnificent guitar playing skills. Surprisingly, Jimi Hendrix was unknown in the US. It wasn’t until 1967 at the Monterey Pop Festival where set his Fender Stratocaster on fire.

He was influenced by a whole range of artists from BB King to Chuck Berry to Bob Dylan to Muddy Waters and his complete vision spruced elements of funk, rock, blues, psychedelia and complete chaos. Hendrix would use the Octavia pedal and wah to pioneer studio effects. The “backward” guitar and flanging, as well as the controlled feedback and tremolo bar, took his music to another dimension.

“Little Wing,” “Bold As Love” and “Castles Made of Sand” showcased Hendrix’s subtle side. He passed away on September 18, 1970, and his brief stay on this planet profoundly impacted the likes of Miles Davis to Stevie Ray Vaughn to Eric Johnson. 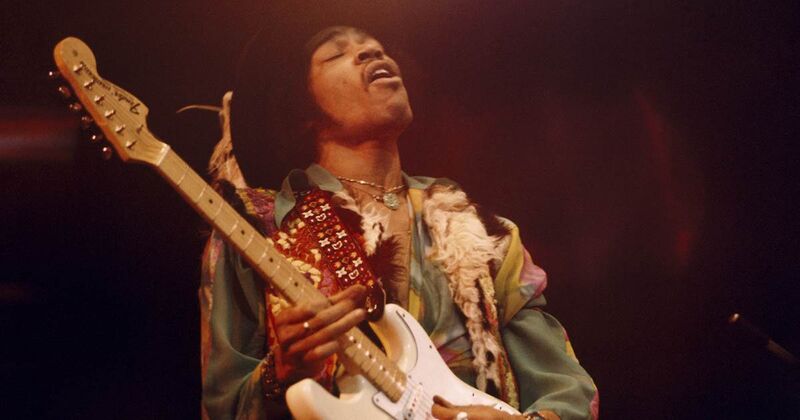