Although Alexandra Wilkinson was just two months old when “The Golden Girls” stopped airing on TV in 1992, she became a huge fan while taking a class at California State University called “Women and Aging: Lessons from the Golden Girls.” She owns a Golden Girls t-shirt, streams episodes on Hulu non-stop, and has graduated with a master’s in gerontology. She even walked across the stage wearing a cap with a pic of “Golden Girl” Sophia with her trademark phrase, “Picture it.”


Now, the 27-year-old Wilkinson says, "That even though the show was made before I was born, I’m amazed at how relevant the topics I’m learning are. It doesn’t really matter what they’re even talking about, but the personalities have a unique way of bringing humor into almost anything." The surprising pop-culture longevity of Sophia, Rose, Dorothy, and Blanche and the Emmy-winning series has many people revisiting the classic show. The four older women who lived together in Miami starred Bea Arthur, Estelle Getty, Rue McClanahan, and Betty White. From 1985 to 1992 the show aired on NBC. From trivia games to Chia pets, there has been a massive wave of merchandising over the last few years and there have even been “Golden Girls” figurines, PEZ dispensers, and even limited-edition cereal. There was a 2015 Lego set of the women in their home. Also, a “Golden Girls” themed cruise is set to launch from Miami.

The creators of the show said they aimed to tell stories about an ever so overlooked segment of the population, said Marsha Posner William, the series co-producer for the first three seasons. It was a way to show that even though you may be a certain age, you’re not dead yet! You’re still full of laughter and life, and sarcasm can be quite joyful. Unlike the ‘80s fashion in the show, the dialogue still holds up after all these years and can resonate with millennials to the gay community. All the issues they discuss are still relevant even though they were brought up 35 years ago.

“Out On the Lanai,” a podcast hosted by H. Alan Scott of LA, would stage drag shows as Sadie Pine, a riff on Shady Pines retirement home where Sophia used to reside. He refers to the show as being times because there weren’t necessarily topical with the jokes they made. A reason “The Golden Girls” still endures is due to nostalgia, Maria Claver and colleague Long Wang believe, both gerontology professors who created the CSU Long Beach course. Fans who watch the show now are now in or facing their golden years. Golden Gils can help make uncomfortable topics easier to talk about with humor, and it’s what makes students comfortable with discussing things like sexuality amongst the older generations.

Addiction, menopause, sexuality, dementia, and caregiving are all subjects the weekly class touched on, and Claver and Wang would share relevant episodes of Golden Girls for the class to discuss. It’s excellent to introduce these characters from the show to younger students and to have them claim that they’re totally a Dorothy. It’s also funny to get a kick out of how some of the younger students don’t know who a guest star like Burt Reynolds is. Williams just loves that the “Golden Girls” keep finding new audiences. 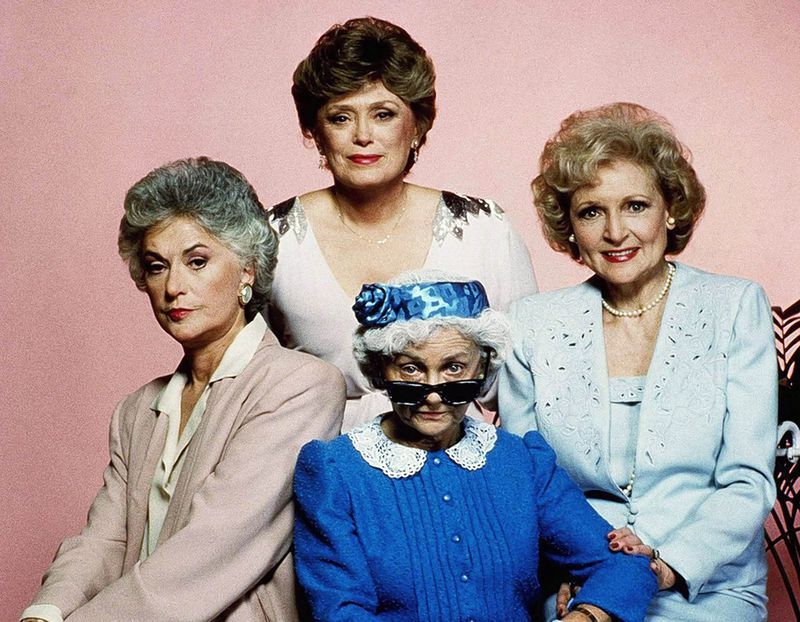