Steve McQueen was a serious motorcyclist and race car driver who even considered becoming a professional. His abilities went beyond the big screen and films like "Bullitt" and "The Great Escape". McQueen even filed a design patent in 1969 when he improved a bucket seat for a car he had been working on. He is the owner of patent number D219584. 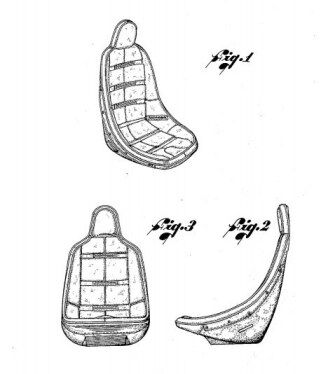