The 10-part ESPN mini-series “The Last Dance” has made the retired NBA superstar icon Michael Jordan the talk of the town. “His Airness” is worth more than $2.1 billion dollars, and his success on the court has carried over off court. While he made $94 million with the Chicago Bulls and the Washington Wizards (with $63 million of that coming from his last two seasons in Chicago), he has become truly wealthy from his off the court endeavors. MJ is the richest former athlete on the planet, and his worth continues to skyrocket (his wealth increased by $300 million last year alone).


Jordan has made some smart investments over the years and has cashed in on numerous sponsorships ($1.7 billion pre-tax sponsorship dough over 40 years). MJ is picky about his endorsements and his image. Let’s take a look at every Jordan sponsor.

Nike’s swoosh logo is synonymous with MJ. Jordan remains Nike’s bread and butter, most lucrative investment even though the company has an impressive amount of athletes backing the brand. The Jordan Brand has disrupted the shoe industry and, what started out as a five year, $250K deal in 1984, has hauled in over $3 billion in revenue for Nike each year. MJ takes in about $100 million in royalties each year from Nike.

On August 8, 1991, Gatorade released it’s “Be Like Mike” campaign and the company soon became a household name. After coming off his first championship with the Bulls, he landed a $13.5 million deal over 10 years. He would become Gatorade’s only celebrity spokesperson at the time.

MJ has worn Hanes underwear since 1989 and continues to be the brand’s biggest spokesperson. The company is headquartered in Jordan’s hometown of North Carolina and he recently had 800K trading cards made to commemorate the 30th anniversary of the partnership.

Upper Deck benefited greatly due to Michael Jordan's rise to fame. The company has been with Mike since the beginning of his career and, even after his retirement, the trading card company manages to produce autographs and other memorabilia to recognize “His Airness.” A lot of the memorabilia goes for a ridiculous amount of money too.

Before signing with Gatorade, throughout the 80s MJ repped Coca-Cola and appeared in several commercials. Although the soda company refused to pay the seven-figure deal he was seeking, Gatorade pounced on the opportunity. And to add salt to the wound, Pepsi ended up purchasing Gatorade several years later.

Jordan as well as other NBA stars from the 80s partnered with the famous fast-food chain. There was even a time when MJ and Larry Bird played a complicated game of horse to win a Big Mac and some fries.

In 1993, Jordan partnered with the cereal company and appeared on the box a total of 18 times, which is still a record to this day. Many of the old vintage boxes go for a pretty penny online too.

Jordan reportedly bought seven cars at once, as he’s a huge car enthusiast. This all happened after he got his $10 million signing bonus from the Bulls his first year and, after that, he officially got an endorsement deal from Chevy in 1984 during his rookie year. 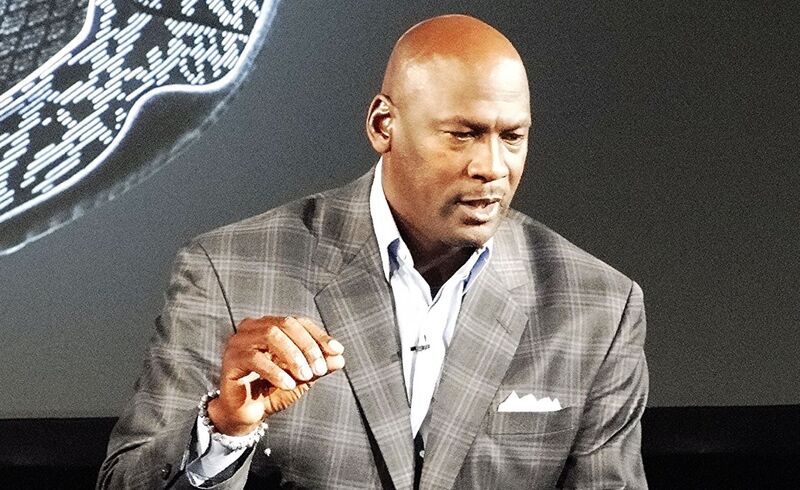